A free pass for all the crooks and criminals.

While holding out on the Covid relief checks.

Heya all you Trumper losers, you feel that wealth trickling down yet?

The president once again used his executive power to benefit his allies and undermine an investigation that dogged his presidency.

Ha, wheres the clean bill? I thought no one told pelosi a number? 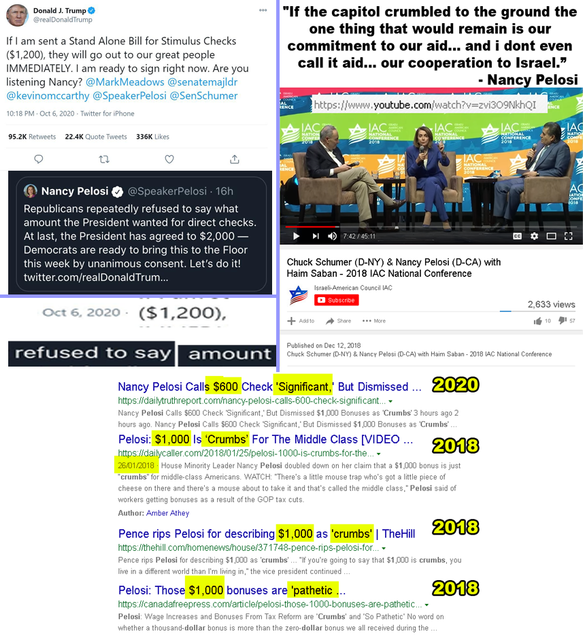 The enrollment comes after House Republicans rejected the president’s demand for $2,000 checks for most Americans. The rare Christmas Eve session of the House lasted just minutes, with help for millions of Americans awaiting Trump’s signature on a smaller COVID relief and government funding bill.

Trump’s refusal of the $900 billion package, which is linked to a $1.4 trillion government funding bill, could spark a federal shutdown at midnight Monday. His push to increase direct payments for most Americans from $600 to $2,000 for individuals and $4,000 for couples has gotten support from Democrats but splits the GOP.

Democrats will recall House lawmakers to Washington for a vote Monday on Trump’s proposal, with a roll call that would put all members on record as supporting or rejecting the $2,000 checks. They are also considering a Monday vote on a stop-gap measure to at least avert a federal shutdown, keeping the government running until President-elect Joe Biden is inaugurated next month.

Even if the House is able to approve Trump’s $2,000 checks on Monday, that measure would likely die in the GOP-controlled Senate, which is due back in session on Tuesday.

Trump told Congress to give Americans more COVID money, but bill with less is...

House Speaker Nancy Pelosi on Thursday said a bipartisan coronavirus relief and omnibus bill has been enrolled and is on its way to President Trump for his signature. 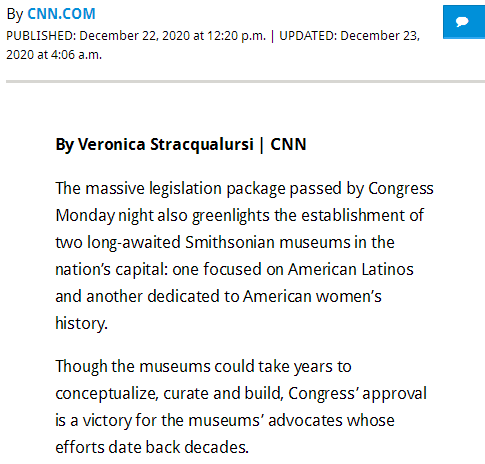 Well, I’m interested in exactly what your point is that will be explained clearly and plainly any moment now.

Clearly we have communication problems. For a better 2021, ill do my part and add you to ignore. I hope you find the plain, clearly explained, points you seek on the internet. 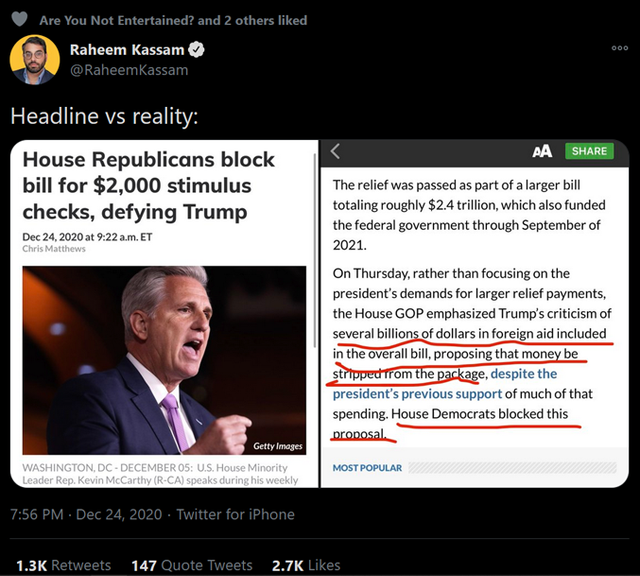 Here in little old Australia, a poorer country than the US, we managed to give all unemployed people $750 a week during the worst of the lockdown, and we still provide aid to other less well off countries too.