It’s only the scale that’s in question really since there is bound to have been some in a country the size of the US of A. Not all in one direction either I’d imagine, but if one side was engaged in something more organized and more widespread than the odd chancer acting mostly alone then that would be something truly treasonist.

Indeed. Which is one reason why it would be irresponsible to make such claims without proof, and further why judges aren’t validating these claims. Even Fox cut off the recent sewage dump from the WH.

Evidence appears to have existed since before the election, the existence of which is of course independent of whether it is reported in the mainstream media. Re Fox, from over here I get the sense that the war mongers are clawing at the doors on both sides of the alleged divide so am not surprised that the #1 fan of war wants a president with a proven anti-war stance out too.

You also have those crazy people with colourful hair who set fire to cities n stuff. They have revolution on their pumpkin spiced latté-addled minds and there do appear to be many thousands of them. It’s not pie in the sky that their mindset led them to being willing foot soldiers in this scenario.

Tell it to a judge. Although the US is famous for lynch mobs, that’s actually not how things are generally done here now. Gotta prove it, in court, to a high standard.

Let me be clear: I agree and more with your views on treason, and believe that election tampering should be dealt with to the full extent of the law. Democrat, or Republican. Agreed?

Don’t worry, Rudy’s got this.

Agreed. One stipulation would be that inevitable but isolated incidents of fraud on both sides with 150m votes cast is not evidence that a more sinister crime was not committed by one.

It seems suspicious that the Democrats were pushing for extensions beyond election day for mail-in ballots when these late ballots were the ones that ended up swinging the election. People have weeks to post them. Clinton saying that Biden should not concede no matter what happened on election night too.

Wow, that’s all you got?

And seems it’s not at all clear that anyone has anything more than that. Not a single election official, not a single judge, that I’m aware of at this hour, making or validating any claim of substance. I’m quite surprised, actually. Not one crooked, bought and paid for, Trump appointed judge willing to stand up and say there’s anything wrong anywhere. You’d think he could find -one-.

Re voting, simple contrasting strategies. Trump’s strategy was to restrict voting in every way possible, the Dem strategy was to get as many people to vote as possible and get every vote counted. One strategy was smart and effective and consistent with American values; the other was opposite of those things.

As far as delays in vote counts, etc. I reckon everyone understands the importance of what is going on here and wants to get it right. Yes, there will be recounts. Yes, everything will be gone over with a microscope. I’d be taking the time to do it right too.

Meanwhile, Trump and his supporters have been openly trying to interfere with legal, regulated, election processes. As far as Trump’s personal actions, well, it’s been mostly bullshit and nonsense, stuff like “claiming” wins in states and demanding vote counts be stopped, but hell, he thinks he’s doing it under color of legal authority, and so do his nut jobs, some of who seem quite dangerous, unrest in Michigan, arrests of armed men in Philadelphia, the attack on Biden staff in Texas. So, treason and suborning treason, yah? I agree. Line 'em up against the wall, and -you’ll- pull the trigger, right, because treason. Right?

Said it better than I could.

The Chair of the Federal Election Commission confirmed that observers were not given “meaningful” access in accordance with the law. He’s not the only one.

“I do believe that there is voter fraud taking place in these places,” he said. “Otherwise they would allow the observers to go in.”

I mean, what other reason could there be to break the law like that? Is the defense that they broke W, X and Y laws but not the Z law? Is it complete denial of any wrongdoing?

Then we have the postal workers being ordered to postmark ballots with a different date. Sword Sworn testimony involved. The only deficit in evidence is in the reporting by the mainstream media war cabinet.

Meanwhile, Trump and his supporters have been openly trying to interfere with legal, regulated, election processes.

Are you being sarcastic?

I think you are suffering from premature emotional ejaculation. You can get a cream for that:

Donations under $8K to Trump ‘election defense’ instead go to president, RNC

As President Donald Trump seeks to discredit last week's election with baseless claims of voter fraud, his team has bombarded his supporters with requests for money to help pay for legal challenges to the results: “The Left will try to STEAL this... 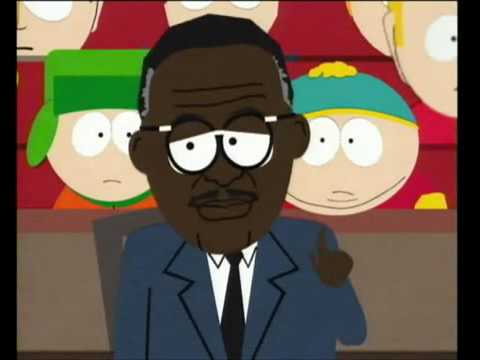 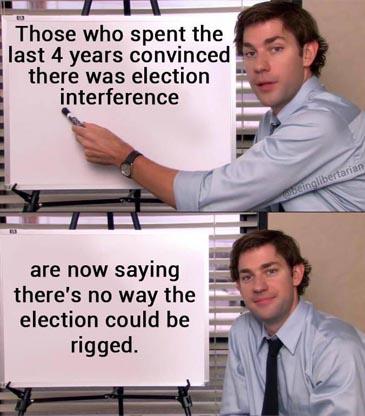 @Snooko: Ah, I see you get your news from Newsmax. Hmm, that’s not too too bad, I guess, there’s worse. George Noory is a featured commentator lol. Love that guy, he hosts a radio show about aliens and whatnot. Very entertaining. Go to NM and you can read his interview in which a “prophecy and Nostradamus expert” explains why Trump should win.

The Chair of the Federal Election Commission

confirmed that observers were not given “meaningful” access in accordance with the law.

Well, what does that mean? It’s an -allegation-, and a content-free one at that. It means -nothing-, in and of itself. If he has any -evidence- he should take it to court and get judicial relief.

When I said “election official” I meant someone actually in charge of you know, counting votes and stuff. Like this guy, quoted from the Chicago Tribune:

A Republican election official in Philadelphia on Wednesday denounced claims of widespread fraud as “completely ridiculous" even as President Trump continued to cry foul.

GOP City Commissioner Al Schmidt said there was no evidence of any serious irregularities in the Philadelphia count, which effectively delivered the state of Pennsylvania to President-elect Joe Biden.

“I have seen the most fantastical things on social media, making completely ridiculous allegations that have no basis in fact at all,”

Are you being sarcastic?

Oh, absolutely. I wasn’t literally suggesting that you shoot anyone.

Everything else is documented. Trump did for instance publicly demand that vote tallying be stopped, leaving legal votes uncounted, and nut jobs have been showing up at election facilities. Are you going to seriously tell me you -approve- of this??? Having thugs show up at election facilities to make sure ya boy wins isn’t even tampering, it’s fascism. Or it would be in a fascist society, here it’s, as per you, treason.

Now if you want to say, well he’s just a senile idiot posting nonsense on Twitter (in your own words of course

) and can’t be held accountable if anyone takes action, well I’d say you have a point. MY point, as stated and restated: Issues like these are decided in courts of law in civilized societies. But I reckon if you had anywhere near as clear and direct a connection between ol’ Joe and any electoral shenanigans, you’d be calling it undeniable truth. This is called “confirmation bias”. Apply the same keen intellect to your bullshit that you do to mine and watch it wash away.

Aaaaanyway, I’ma try and leave y’all to it, it’s more entertaining watching you guys run in circles shitting yourselves. Nostradamus can’t save you, guys. Or can he?!?

it’s more entertaining watching you guys run in circles shitting yourselves. Nostradamus can’t save you, guys.

@fred_g : no, I read that in an independent UK news source. They don’t cover alien news, just Earth stuff.

I don’t see how you guys can be over the moon with neo-con-friendly candidates being potentially elected again, with Dick Cheney et al candidates of choice getting to pay their dues by killing and maiming millions of babies, toddlers, children and adults in the Middle East and displacing millions more. How you can’t see the power of this war machine and remember how the media can turn into a near-unified propaganda machine when needed to achieve a goal. 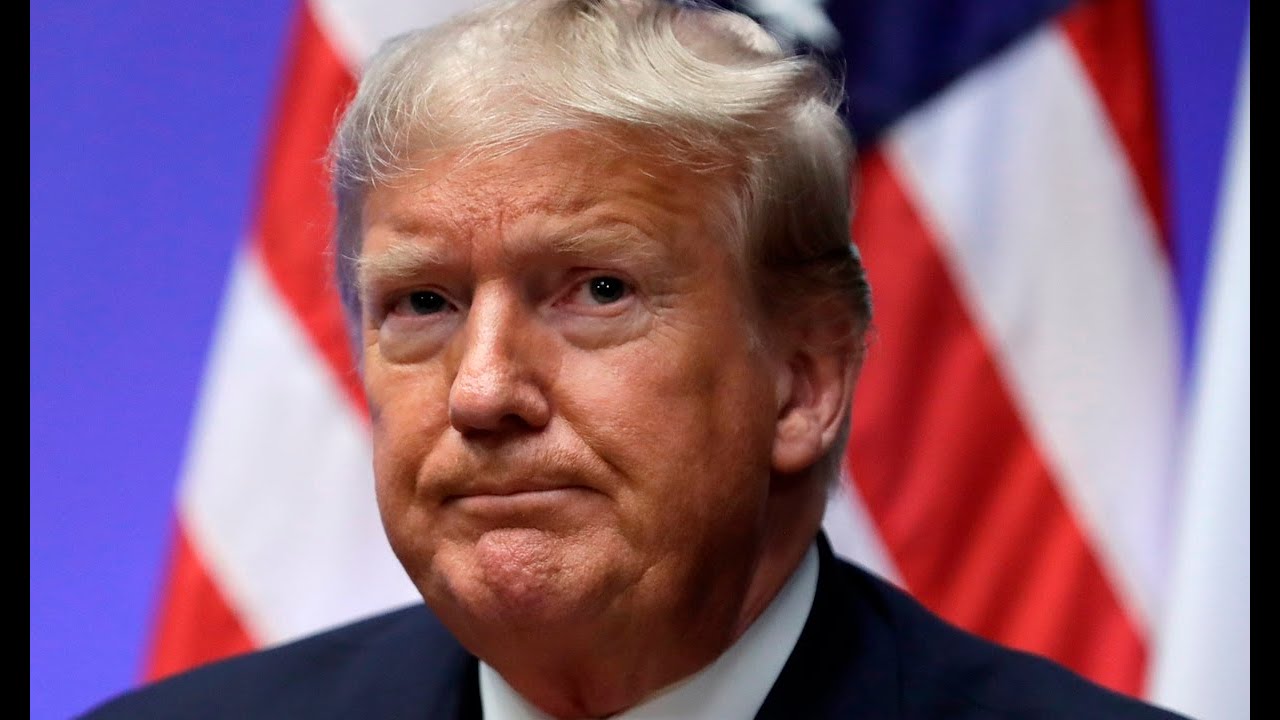