I am the sort of idiot who would actually watch the whole spectacular shit show from start to end, and I’m now even shorter of precious brain cells than I was before I made that mistake.

I’m surprised the Ministry Of Truth hasn’t scrubbed that from the net already, just a warning sticker for now.

I’m surprised the Ministry Of Truth hasn’t scrubbed that from the net already, just a warning sticker for now. 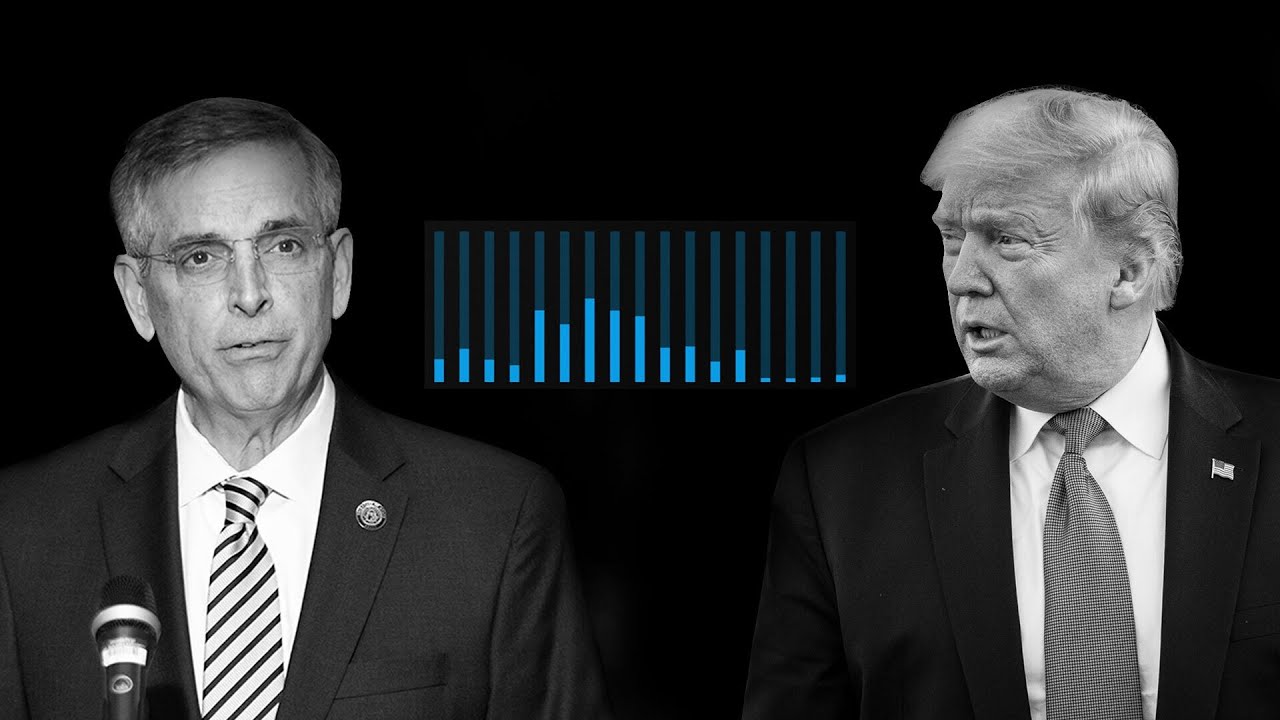 But there’s no evidence of Trump berating the Ga. secretary of state, urging him to find votes. The claim is baseless.

But there’s no evidence of Trump berating the Ga. secretary of state, urging him to find votes. The claim is baseless.

Sure there ain’t, bubba. Sure.

Okay, there’s no widespread evidence of Trump berating the Ga. secretary, urging him to find votes, that would have swung any election. This is the “na na na na boo boo” style of defense which is apparently quite fashionable these days.

Only three things in life are certain; death, taxes and bullshit.

It’s unfortunate that lying is the norm in politics. Humans should have tails that go between our legs when we’d lie, things would go a lot smoother… fun to chase too.

It’s unfortunate that lying is the norm in politics. Humans should have tails that go between our legs when we’d lie, things would go a lot smoother… fun to chase too.

Aren’t you one the guys that created 600 posts about how the elections were stolen?

Well, this is voter fraud, you’re looking at it in the face.

you aren’t seeing it

Seeing what? What would you present to a judge? If there is so much evidence, then why can’t anyone lay out anything solid?

Why is it that every claim falls apart? Lots of people saying they saw stuff that they either didn’t understand, or thought was suspicious, but nothing that actually checks out.

Could you do any better than Giuliani’s star witness who said that she saw trucks that she was told were bringing food, but she didn’t think there would be enough space in them for enough food for everyone, so therefore it’s likely they used the trucks to ship ballots out of the counting center, even though she never actually saw that happen? (Well, after suggesting to the Republican representative that he might have done something “freaky” with the ballots after he explained they simply aren’t seeing the discrepancy in the numbers that she claimed)

There is always some fraud in any election. Dead people voted for Trump too. But not many. Same with votes for Biden. Funnily enough, Tucker Carlson had to make an apology, after his clear and obvious case of voter fraud with dead voters voting for Biden, the first one he mentioned, turned out to not be from a dead person. On his list was one real example of a dead person voting, but they voted for Trump.

These stories and examples have to be checked out before they really mean anything, and as soon as that is done the fraud narrative starts falling apart. That’s why none of this has got anywhere when put in front of a judge.

You have to do a lot better in front of a judge than “well, what about this, I don’t understand it, so it must be suspicious, and is likely to be fraud”. Stupid stuff too, like ballots counts coming through in batches, as if that wasn’t normal, or counts from mail in ballots that getting counted later favoring Biden, as if that wasn’t understood, expected and explained before the election, by anyone who has the foggiest idea how the process works.

Over to you guys for a round of whataboutism, but no decent proof of widespread fraud. The issue is widespread electoral fraud! Until you can’t show any, and it’s suddenly about a double standard to do with some other thing. You could save a lot of time and skip the stuff you can’t support and just get straight to accusations of hypocrisy.

But hey, maybe I’m wrong, and you’re about to lay down some solid evidence that actually checks out.

The checks and balances that are used to test the integrity of the voting system aren’t showing evidence of major fraud. It’s easy to point at weaknesses and things you don’t have a good explanation for, and declare that their MUST be major fraud, but the methods we use to look for such fraud aren’t showing anything like the claims being made by those pushing the fraud narrative.

Aren’t you one the guys that created 600 posts about how the elections were stolen?

Well, this is voter fraud, you’re looking at it in the face.

600? One of? Did I make a lot closer to 1 or 600? Anyhoo, if you don’t acknowledge evidence that runs counter to your belief system then you can’t expect anybody to be balanced in return.

You are making baseless claims.

Russiagate was created out of baseless claims, so too the fake grounds for the fake ‘impeachment’ of Trump over the reopening of the investigation into the Bidens in Ukraine.

There’s a whole steaming pile of fake claims been made against Assange. dumpile showed yet again how eager he is to post fake news when he made the claim that Assange had doxxed Turkish women.

Anyone but a fuckwit and/or presstitute would automatically know that to be false but unfortunately fuckwits vote too.

And obviously the fabrication of lies is an infinite cheap ‘resource’ requiring little imagination.

Let me know when you’ve got something along the lines of a voting machine company setting up a meeting with the Biden team, offering to help him to win the election if he does something that will help them financially and/or otherwise help them achieve their objectives.

Yeah bc all viruses and malfunctions of computers were put there by the manufacturers and unless that’s proven, then no one has had a computer malfunction or virus.

Yeah bc all viruses and malfunctions of computers were put there by the manufacturers and unless that’s proven, then no one has had a computer malfunction or virus.

Can you try that again in a coherent fashion? Exactly what are you trying to say? What malfunctions and viruses are we talking about?

So despite leaving no stone unturned in the fake Russiagate ‘investigation’ you’ve apparently now decided that the only plausible way that fraud was perpetrated in the recent elections is by way of someone approaching the voting machine manufacturers with some B grade type movie plot offer :rolleyes:

No mention of the myriad possible backdoor manipulation of data, of who was invested in companies that have since folded, of who had access to voting machines before the fact etc. etc.

The fact is those VERY PLAUSIBLE voter fraud concerns cannot ever be definitely refuted, and especially not by bog stupid ‘arguments’ like yours.