Assad wins the presidential election with 95.1% of the vote

Voter turnout was around 78%, with more than 14 million Syrians taking part (worldometers has the Syrian population at 17.8M).

Many of the estimated 1 million Syrian refugees in Lebanon also made the effort to vote.

Baabda, Lebanon – Thousands of Syrians living in Lebanon have been bussed to their country’s embassy near Beirut to cast ballots in early voting ahead of next week’s presidential election in the war-torn country.

Embassy staff and Lebanese soldiers on Thursday struggled to control the crowds, many of whom carried banners in support of incumbent President Bashar al-Assad.

Al-Assad’s supporters, stretching for well over a kilometre, chanted “God! Syria! Bashar!” and “We’d sacrifice ourselves for you, soul and blood, Bashar”, as they tried to shove their way past the troops to enter the embassy in Baabda.

Most had been transported there by the Syrian Workers Association, a pro-Syrian government group in Lebanon that had given voters baseball caps with the Syrian president’s portrait.

Lebanon is home to about one million registered Syrian refugees.

Syria’s Assad wins 4th term with 95% of vote, in election the West calls...

Syrian President Bashar al-Assad won a fourth term in office with 95.1% of the votes in an election that will extend his rule over a country ruined by war but which opponents and the West say was marked by fraud.

Assad wins the presidential election with 95.1% of the vote

After he killed everyone who voted against him.

That is how you win elections.

Lesson learned from Putin and Hitler.

Even the CIA admitted most Syrians support Assad

A lot of people do support Assad, but only candidates with support from the Ba’ath party can run, and strong regional opposition to Assad can have consequences.

It’s not compulsory voting, but they still got way way above US turnout and support.

So the mass support for Assad is real.

They don’t have to be B’aath Party candidates, that’s bs
just meet the constitutional requirements

They don’t have to be B’aath Party candidates, that’s bs
just meet the constitutional requirements

The quote from that image:

“The requirement for candidates to be backed by 35 members of parliament gives power to the ruling National Progressive Front, which dominates the assembly”

" These minor parties are legally required to accept the leadership of the Ba’ath Party. The non-Ba’athist parties in the Progressive Front, for example, are not allowed to canvass for supporters in the army or the student body which are “reserved exclusively for the Ba’ath.”

The National Progressive Front (Arabic: الجبهة الوطنية التقدمية‎, al-Jabha al-Waṭaniyyah at-Taqaddumiyyah, NPF) is a political alliance of parties in Syria that supports the anti-imperialist and Arab nationalist orientation of the government and accepts the "leading role in society" of the Arab Socialist Ba’ath Party, the largest party in the NPF. The Front was established in 1972 by Syrian president Hafez al-Assad to provide for a limited degree of participation in government by political parti...

It’s pretty much set up to be able to claim a democratic process, while still actually holding all the power.

EDIT: There are actually are actually 67 independents, so it is technically possible to meet the 35 supporters requirement.

They have legalized a few non Ba’ath parties, but not many.

“We have been told we have to go to the polls or bear responsibility for not voting,” said Jafaar, a government employee in Latakia who gave his first name only, also fearing reprisals. Syrian President Bashar al-Assad voted on Wednesday in an election certain to extend his rule over a country ruined by war, casting his ballot in an ex-rebel bastion where a suspected chemical weapons attack in 2018 prompted Western air strikes.

Lol, western propaganda. As if anyone is afraid of Assad’s fine upstanding and totally non partisan security forces.

When aggressive fakewartime leaders gain popularity in the West it’s normal, when actual defensive wartime leaders inspire solidarity in countries on the menu it’s a conspiracy.

And of course Biden’s top ten is mere coincidence.

Good for him. Middle finger to you know who

but they still got way way above US turnout and support.

Most people in the U.S. are not associated with either head of the big party and therefore are largely locked out of the electoral system (as are many third party and independent candidates), even if they wanted to vote, and even if the whole thing weren’t a sham of democracy. Seeing U.S. citizens cry about elections in other countries is awfully rich considering the bs that goes on right here at home to keep elections as narrowed and locked down as possible, as well as rigged.

Anyway, good on Syria and allies for fighting off another imperial conquest.

Funny how when the jihadis took over Aleppo,

all the people fleeing ran to the govt side

The Young Turks getting a due slap in the face on Syria for being the shills that they are. 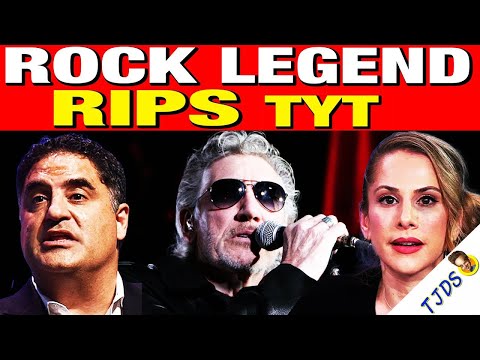 It would be really great if this were the beginning of the end of TYT. Money sucking losers.

Lol, western propaganda. As if anyone is afraid of Assad’s fine upstanding and totally non partisan security forces.

Here’s a picture from the video you were flogging on the old lounge forum, citing it as evidence of a chemical bomb dropped from a plane. The article you posted just now still claiming Assad suspected of the chemical attack.

But the cracks emanating from the crater feature holes WHICH EXACTLY RESEMBLE DRILLHOLES. I can’t think of a single reason for such holes to be there ‘after the fact’. However there’s EVERY reason for them to be there as a result of the crater being constructed by ground crew. 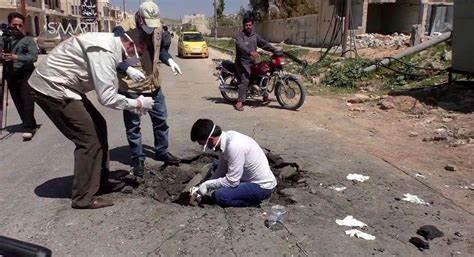