Yep, mandatory masks in Sydney from tonight, like many of you bastards already endure

It’s not elite-level police state yet like the US/UK, or like our southern neighbouring state Victoria had recently

Masks not required outdoors or in your car, at least
Just public transport, supermarkets, restaurants etc

And no city-wide lockdown and mass firings and businesses going under either
The covid cult here are really vocal atm for just that, ‘go hard go early’ etc

The northern end of the Northern Beaches is pseudo-locked down, where one of my best mates has been trapped since before Xmas
Unluckily he lives less than a km inside the zone

Our right wing state premier is trying to keep the response proportionate under huge pressure from the left wing media and social media
She seems very resistant to implementing a police state, so far
Hopefully our Public Health is as good as they say they are, and nail this outbreak without going much harder
I’d hate to see the freaks win here

Victoria announced at 3:30pm on New Years Eve they were closing the border at midnight the next day,
which resulted in thousands of Victorians on summer holidays here making a mad rush for the border.

NSW is a big state so could be a 6-12 hour road trip for many, just to the border
They were told not to go through Sydney, so had to go the long route there
Thousands driving dangerously, speeding, passing, fatigued etc

And then cueing up at the border for hours while the police logged everyone.

And now thousands who didn’t make it on time are trapped here in limbo
Can’t even cross the border and go into quarantine, like they were told 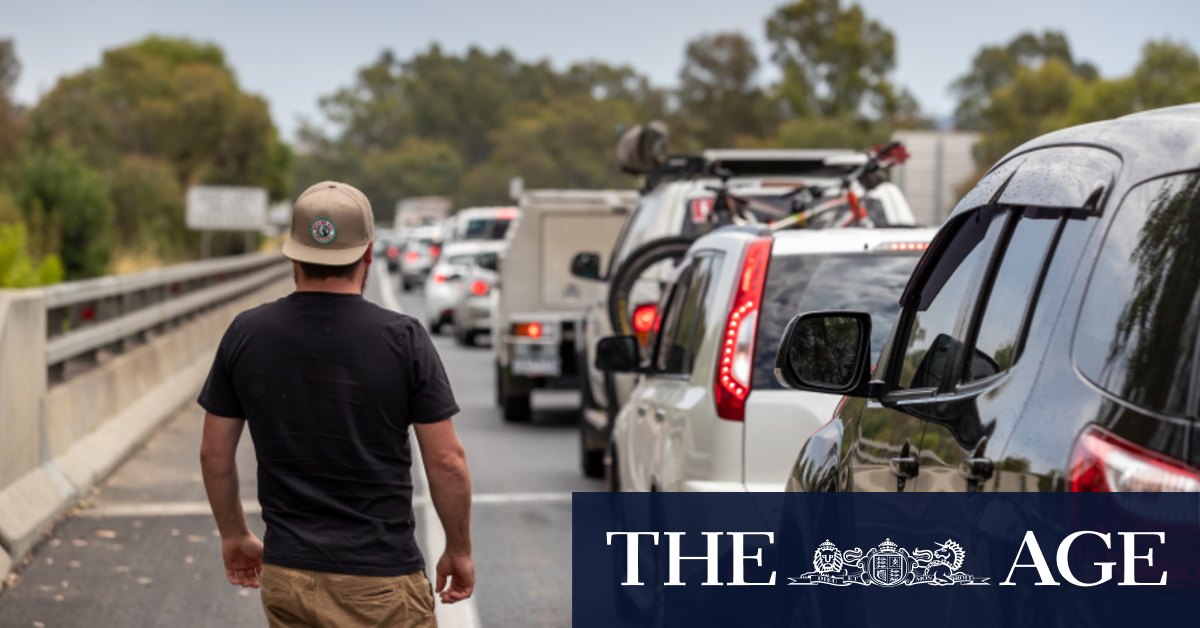 'I wouldn't like to be there after 6': Clock ticks down to border closure

Drivers crossing into Victoria on Friday afternoon reported wait times of about an hour, but warned lengthy delays were likely late this evening.

Got to keep the excuse for The Great Reset at the forefronts of people’s minds.

At least where I am in the U.S., it’s not really an enforced thing. Most stores and shops here don’t make customers wear masks. The rules for restaurants are really stupid. You have to wear a mask when entering and when at counters, but you take it off once you are seated. Of course, healthcare facilities require masks. Welcome to the pandemic.

Large children’s hospital in London announces the quietest winter for years,
“very few children with covid-19” and
“quietest for any form of respiratory illness… levels currently lower than previous winters”,
contrary to some media and social media reports.

Earlier this week, Ohio Gov. Mike DeWine said he was “troubled” by the relatively low numbers of nursing home workers who have elected to take the vaccine, with DeWine stating that approximately 60% of nursing home staff declined the shot.

Dr. Joseph Varon, chief of critical care at Houston’s United Memorial Medical Center, told NPR in December more than half of the nurses in his unit informed him they would not get the vaccine.

The Los Angeles Times reported Thursday that hospital and public officials in Riverside, Calif., have been forced to figure out how best to allocate unused doses after an estimated 50% of frontline workers in the county refused the vaccine.

Fewer than half of the hospital workers at St. Elizabeth Community Hospital in Tehama County, Calif., were willing to be vaccinated, and around 20% to 40% of L.A. County’s frontline workers have reportedly declined an opportunity to take the vaccine.

Dr. Nikhila Juvvadi, the chief clinical officer at Chicago’s Loretto Hospital, said that a survey was administered in December, and 40% of the hospital staff said they would not get vaccinated. 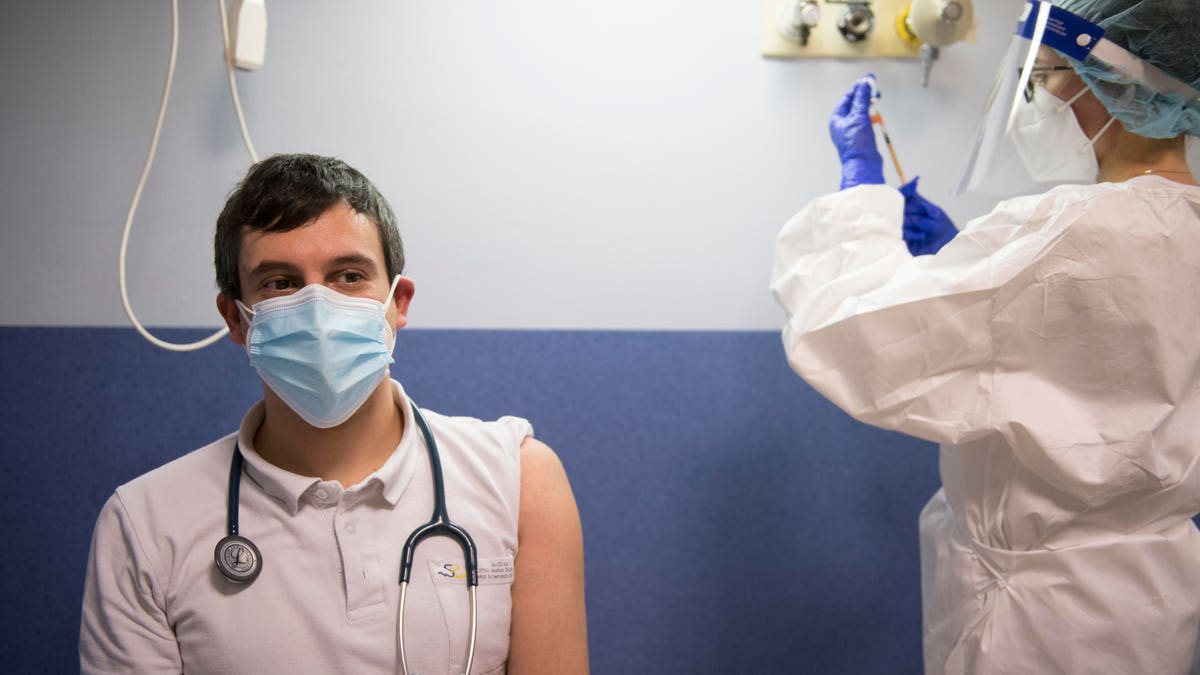 "I've heard Tuskegee more times than I can count in the past month — and, you know, it's a valid, valid concern."

Dr. Anthony Fauci, the director of the National Institute of Allergy and Infectious Diseases, said in a Friday interview that it’s “quite possible” the Covid-19 vaccine could be required for international travel and to attend school at some point in the future.

There’s no way Bezos and pals are getting their private jets and yachts turned away because passengers haven’t been vaccinated. Same with top flight private schools. Governments have flexed their muscles on behalf of their trillionaire controllers and shown airliners that they need to comply, but it’s a lie to say that international travel itself is the thing that could be affected. It’s only affordable international travel.

People need to resist this crap.

What is Fauci’s lie?

I don’t care if you’re on the Titanic, or in Nazi Germany, or wherever, those with wealth and power are always at an advantage. That doesn’t change the situation, or what it is we need to do about it.

What do we need to do about it?

That’s not an answer to the question I posed.

What is Fauci’s lie?

What is he being deliberately deceptive about?

You just quoted him, and said he was lying. Please explain.

He said these things as if it affects everybody, when it’s not schools and it’s not international travel in and of themselves. Deceptive, lying by omission, misdirection.

He said these things as if it affects everybody,

The whole situation does, regardless of the specific effects on certain individuals.

when it’s not schools and it’s not international travel in and of themselves.

Like it matters if young people flying round the world don’t usually die, because then it couldn’t be a problem for the rest of us? Eh?

Do you really think we can go back to business as usual without the measures that have kept Australia to 909 deaths without a vaccine, before we get one, without ending up in the mess that the USA now finds itself facing?

How many a day are dying now in the US? Must be fake news eh? Has to be, because otherwise what you’re saying sounds like a load of crap.

It’s pointless talking to you, it’s like you have your memory erased between every conversation we have.

I can remember what you just said.

Fauci is a liar because he suggests that it might be necessary require a vaccination before international transit, which we know to be a lie, because young people don’t often die or transmit the disease, and it isn’t flying itself that causes a problem.

Which has a few gaping holes in it. How many breakouts do you think we’d have in Australia if we’d worked with that logic. We’ve had less than 1000 deaths, and now we have an option to let more people travel, without falling in a hole like the US.

We’ve only had a few breakouts, and they’re all traced to quarantining arrivals from overseas. We’re getting better at the quarantine bit, but could be much more open if we had a known list of people who were immunized.

“People who breathe are just so selfish…”