I remember being surprised to learn that forests cause rain. I ran into this random article which suggests that forests also cause wind.

There’s so much we don’t know about our world, you’d have thought we’d be over the chopping down enormous forests thing already and got to work restoring the forests we’ve chopped down closer to home.

too many trees, not enough bison! 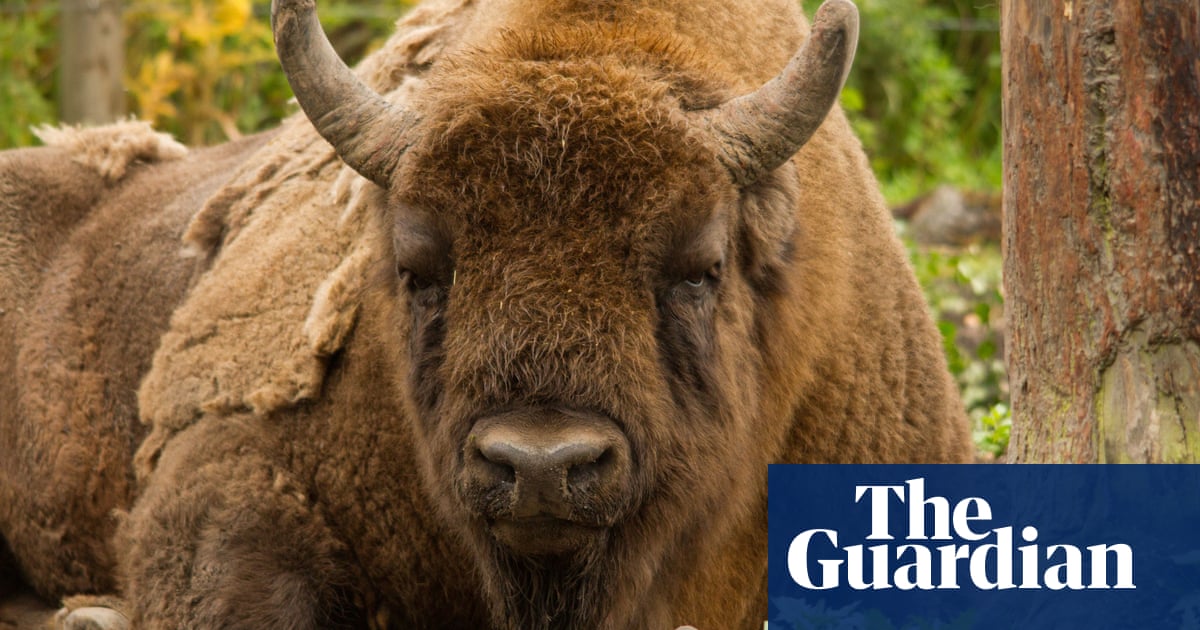 Nice! For every tree a bison knocks down there should be loads planted by wild boars pooping seeds out on their travels. I hope the lynx and wolf rewilding happens too, places like the Scottish Highlands are supposed to be forest and not naked, sometimes decaying hills populated by sheep and deer.

Although it is spectacular that the farmers have managed to breed such a wide variety of tartans into their fleeces.

I can’t remember where I saw the study but there’s a claim that the biomass of snakes in Australia rural areas far exceeds that of any mammal.

I’ve reported before about how some council guys building a new road requested a tip truck load of rocks from 150 metres behind our house in rural NSW. The rocks had been picked up off a very rocky hillside by a machine known as a, you guessed it, “rock picker” in a very noisy operation indeed, then laid out in long rows about half a metre high across the paddock to act as “contour banks” [anti erosion barriers]

Anyhoo, the council guys reported that whilst loading the truck they counted 57 eastern brown and tiger snakes and another dozen that were still in the back of the truck at the destination.

Quite a few for a single truckload that only took about 30 or 40 metres leaving hundreds of metres of the rocks still there.

I worked that paddock and a similar one adjacent to it several times a year, entire days, never saw a single one, only out on the road that runs nearby, once every year or two.

So, the question that everybody wants to know is… do you have underground bunkers for a natural escape from the heat in rural Oz? Do you just get used to it, kicking around in 50C heat?

It predicts negative effects on the Kiwi economy, a failing farming sector and overseas ownership of vast tracts of land.

The NZ Government’s Strategy to Destroy the Farming Sector

do you have underground bunkers for a natural escape from the heat in rural Oz? Do you just get used to it, kicking around in 50C heat?

Don’t really need them in Sydney’s east
We get a few 30C+ days but it’s rare to hit 40
I don’t even have air conditioning
Just shut the doors and windows until the outside temps are lower than inside,
then air it out all night
It’s a dry heat mostly so not that bad

It’s been really mild this summer for me
I always go out and experience it when there’s a scorcher
It can be 8C hotter in western Sydney though, then higher again as you travel west
Those guys cop it

You’d know a bit about that aye Snooks?

I know some people who actually love the hottest part of summer. I don’t but like many I tolerate it easily enough and can physically work in it no problem.

Drought conditions can get extreme out west, when it’s really bad e.g as it’s been a few years back. Folks should be careful not to rely too much on the Australian inland climate for their sole form of income; you’re thinking “about time it rained” and still be thinking that eight or nine years later when the place resembles the surface of Mars.

In the urban areas they tend to regularly control spray residences for insects.

But where that’s not done there tends to be untold numbers of insects wherever there’s a light source. Moths, bitey gnats, beetles inc. the dreaded “stink beetle”. You’re there watching tv or whatever, a massive swarm of insects around the outside light then there’s a putrid stink of one of these beetles so you stop whatever you’re doing and try to track it down, lol, it’s pretty repulsive.

@Bevo : yeah, you make it sounds alright but I’d drown in my sleep in a room full of ball sweat my first summer there.

That freezing rain’s a killer, I’d much rather have snow storms and clear blue skies with a nice constant sub zero (we don’t get that here very often).

@morgo : “stink beetle”, jeez… another one to add to the list! And here we moan about midges!

@Bevo : it doesn’t look like the NZ government realises the repercussions of the permanent ownership attached to these temporary measures.

I’m all for some “sheep corridors” in among forests and/or making use of more fencing to manage the grazing areas, but the real estate given over to them at the moment seems excessive.

I think they’re also called “Christnas” beetles either for the time of year they’re most prevalent or their brightly coloured exoskeleton. They’re certainly nothing to celebrate. In fact it could be an idea to send one as a Christmas present to someone you don’t like.

The deforestation of Aussie rural areas is not quite as it may seem. Between the hills and mountains was more like savannah in pre European days. The explorer John Oxley upon sighting the Liverpool Plains said it had the appearance of an ocean dotted here and there with ships. Meaning a grassland with the occasional tree or clump of trees. The Aborigines would regularly burn those areas to promote green grass shoots which attracted and fed kangaroo populations which was a main dietary staple. Also snakes and lizards would be flushed out or automatically cooked in the fire.

These days those grasslands are croplands.

The culture wars with Aborigines has been grossly exaggerated in some quarters. It’s the authors and historians who do that are making out the Aborigines to be so very different. As if Aborigines don’t like stuff that others do. The whites didn’t ‘destroy’ their way of life, the Aborigines gradually assimilated to some new ways, as we all have, sheer convenience being the hallmark of the modern era.

As one example of parallels, it’s true that as a generality, Aboriginal people love football, which has kind of replaced the exertion of the hunt as it and other sports have in other societies. In the old days the hunt could be quite tedious and time consuming especially during lean times, requiring a lot of patience.

I could go on but let me say I personally know dozens of people of Aboriginal descent and not one has said anything negative toward me, about me that I know of, [and they’ll speak their mind you can be certain of that] or our hometown population.

It’s about individuals in a collective tribe, any issues are on a personal level. It’s as if some of these leather elbowed historians can’t see the parallels in the two as one society and as if there was never a simbiotic relationship.

Their survival skills are amazing, kicking around with a stick in the middle of the outback and not dying of thirst or starvation is impressive.

Took a lot of skill I reckon. And patience. Stalking a mob of roos for half an hour could all come unstuck in one moment of impatience. Once kangaroos are disturbed they bound away for miles.

And part of the everyday job description was despatching deadly snakes without getting bit, something my old man was extremely adept at, if behind them he’d pick them up by the tail and crack them like a whip, sometimes the head would fly off, stand well clear everyone!

Mind you, mainly only the snakes around the house and sheds were targeted, too close for comfort.

We lived in a grain growing area between two creeks, prime real estate for Joe Blake.

I love Oz, but I aren’t living anywhere there’s crocodiles,
or snakes that can get in your house

There’s nothing deadly where I live

I do have possums fighting on the roof at night, and the odd Huntsman invader

I like the looks of lots of things down there, but you can keep your nutty wildlife.

DWeb Panel: If Big Tech Is Toxic, How Do We Build Something Better? -...

Many of us know that the Internet is broken, so how do we build something better? On September 22, DWeb San Francisco invited a panel of experts to share their views on the most viable paths forward. The panelists included author & EFF advisor...

It really doesn’t alter much other than for always having somewhat a sense of caution about spaces where you can’t see properly. Keeping vehicle doors and house access doors shut and that kind of thing. I saw a report though where there’s been 160 snakebite cases in WA the last 12 months, that’s kind of high, probably a lack of caution.

And much of that stat would be those trying to despatch the snake and it attacked. Really, if you’ve decided to kill snakes close to the house for example, you should keep something handy such as a seven foot length of polythene pipe or a .410 shotgun. Of course now guns are illegal which is probably reflected in that stat.

A weird offshoot of the recent drought in NSW was they had to stop importing hay bales from some parts of QLD bc there was so many snakes baled up inside that were killing the cattle.

Lucerne hay is cut and left to dry in the paddock in rows which the baling machine picks up later on but in the meantime it’s prime snake habitat hideout for hunting field mice.