Proposition from Krishnamurti and Bohm: Thought is time

Extracted from this talk: 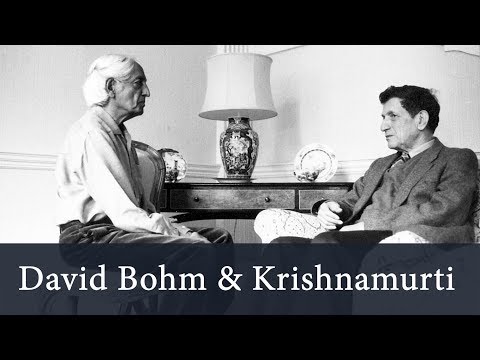 This is the best talk from these two that I have ran across over the years. Lots of propositions there with Bohm helping to greatly clarify what is meant to be said. All consciousness is one, time is thought, thought is limited, the self is thought, and therefore the source of all conflict is idea of self, and so forth.

So one thing that Krishnamurti bangs on is that neither religion or science can get us to inner peace. In other words, some path forward to peace and peace among societies. His argument is that there is no path forward, that being the wrong way to think about it, as becoming some improved version of you in the future. Further, he says that it’s only recognition of the ego, how it affects the world, and dissolving the ego that shows us this. I find his way of thinking interesting.

Any way, I watched a marathon of Krishnamurti’s talks with various people the other day. Then my brother, who is going through some troubles, urged me to watch something by a guy named Gregg Braden: 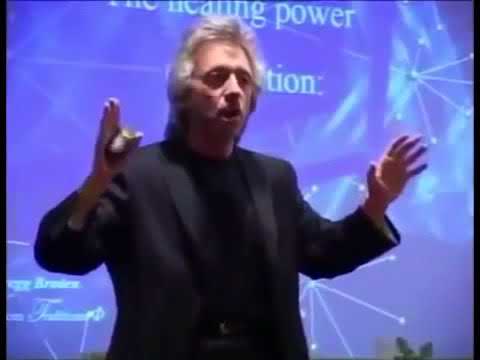 I’m 30 cringing minutes into this snake oil on 1.5x speed. I told my brother that I would watch it, and I am outlining it along the way for later discussion. I’m trying to keep an open mind, but I can’t help to think that my end position will be that it is snake oil, which I could tell from the title alone, and then from seeing the guy alone, and then from hearing the first few sentences. It’s drenched in snake oil. Only 3 1/2 more hours to go, and then the long discussion later with my brother. What I have seen so far, the guy is taking popular elements of quantum physics and twisting them like a tv Evangelist into a spill on the power of belief and ‘healing’. Not that I don’t recognize the power of belief (for good and bad), but this guy seems to be performing some pretty amazing acrobatics in his distortions.

I skipped through and saw him talk about the double slit experiment with the “observer” changing the results. The observer is a device that interacts with the electrons, so it has nothing to do with thought or merely being observed. I’ve argued IRL with somebody about that very thing, so much bollocks is attached to an unquestioning reading of the word “observer” there.

I bet he has used a dodgy purple font on his website at some point. Dark background too.