Corruption even in amp building

Gotta love Brad for following this through with the builder, drawing out the schematic and sharing it, and walking through any changes to the original circuit (looks to be very little).

I painted them because they’re carbon comps.

Bs, even though Brad didn’t call him out on it over the phone.

He painted everything to add mystique and to hide the fact that it’s just the same old shit. Amp and pedal builders are still gooping clone stuff today for the same reason. And they take small mods that cool people have made public and use them in their ‘special’ pedals and amps, as if they came up with the mods themselves while providing no credit, and they charge crazy prices for the clones. Then they cry when people clone their clone modded clones. I have even seen big amp builders crying about someone copying their layout (essentially wire placements) for reducing noise, when in reality, everything is copied starting back from radio tube engineers of tube manufacturers providing amp circuits for companies to make products from (where Fender copied from, and Marshall copied from Fender, and so forth) with small tweaks here and there. 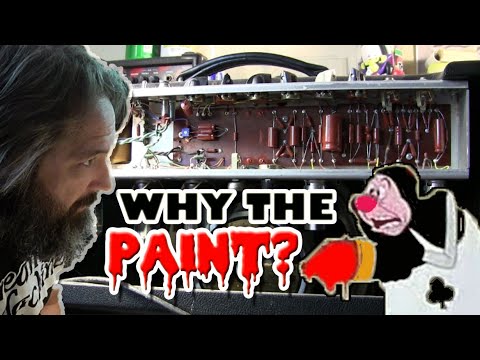 Well, we’ve definitely achieved guitar shit level stuff, on the same level as my love for the Tama Iron Cobra Kick pedal. Like, stuff that only a genuine degenerate guitarist (or drummer) could care about!

I don’t know what you intend to say by ‘achieved guitar level shit’, but I don’t knock Iron Cobra stuff a bit. Good solid hardware it is, like old Fender amps. And until the covid era, both could be found at relative bargains compared to alot of boutique’y stuff. Some of my drum hardware is Iron Cobra, and I like it just fine, along with my old Fender amps.

I like Fender guitar amps, so long as they’re not pointed at my head.

I work with a guy who makes precise clones of Fender amps. All I ask is that he doesn’t point them at my head.

Could not give two shits about the other “artist” ego stuff. Literally give more shits about how much Ouzo we have left.

To be fair, I’ll drink Black Sambuca, but it’s not the same. Too damn sweet.

I don’t like any amps pointed at my head, Fender or not.

I keep the speakers below the waste, Fender, Marshall, or whatever amp. Not a fan of full stacks and putting amps on stands or kickback legs either.

Good amps are good amps, whatever the circuit, which artists have nothing to do with really, other than some guys using combos of gear to achieve some stellar sounds for the stuff that they play. And product endorsements are usually bs any way. I’m reminded here of Slash on early GnR stuff. The guitars were a Les Paul copy and a B.C. Rich, and the amp was a tech modded Marshall tremolo amp. That clone guitar helped Gibson to get their sales back up and way beyond, while they cried for years afterward at people copying Les Pauls. And the amp was something which Marshall had dropped many years ago at that point, modified by a tech who used the tremolo tube to add more gain, which Slash managed to steal from a gear rental company twice (never bought it). And I’m sure that Marshall sold tons of amps from people seeing Slash play that stolen rental amp.

And Marshall never managed to reproduce the sound of that amp, despite putting out a signature Slash series amp and having access to the original amp for reference and to poke around in. And there was Eddie Van Halen, who took a PAF pickup out of a guitar and used it in a tweaker special part-o-caster made from bargain factory seconds parts, complete with the switch unwired and stuffed into the pickup cavity and truckstop reflectors on the back. And the amp was a British 220 volt Marshall running at the wrong voltage, because he didn’t know better to buy the 110 volt version, which he upped the voltage on using a variac, although still lower than 220 volt for ‘lower volume’.

I do like amps that are constructed the old way though, because they are highly serviceable, like old cars where there was as much empty space under the hood as engine. New stuff is as hard just to take apart for access as the old stuff is to fully repair, if the new stuff can be practically repaired at all. And that is for electronics in general. I was talking to a guy the other day who had a JBL mains array in which the class-d plate amps died for every speaker (not sure what happened there), and he wasn’t sure if he would be able to get replacement plate amps. And no one repairs those amps because they are too complex and surface mount constructed. 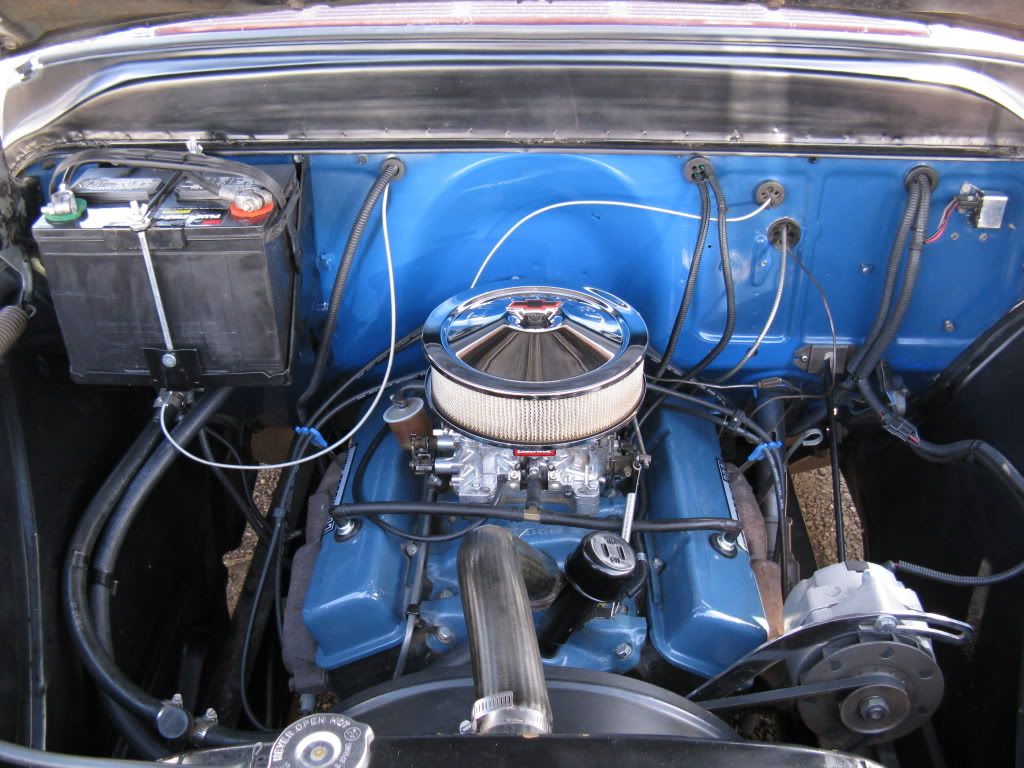