Belarus hijacked a plane flying over Belarus with a Belarus opposition leader.

International terrorism. Guess who supports them?

Maybe we should rename the country to Belarussia. 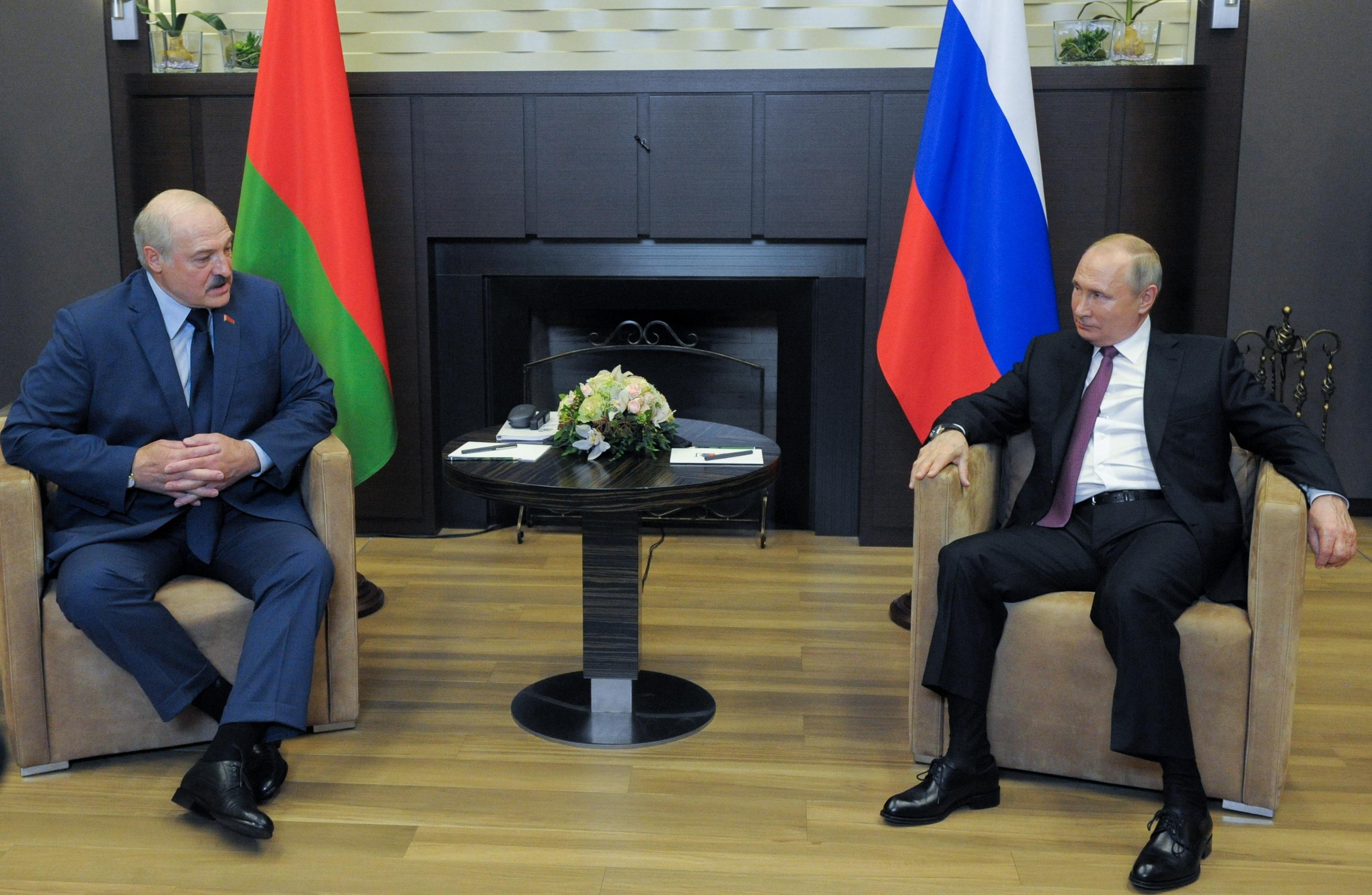 MOSCOW (AP) — Russian President Vladimir Putin warmly welcomed his counterpart from Belarus for talks Friday on forging closer ties amid Minsk’s bruising showdown with the European Union over the diversion of a passenger jet to arrest a dissident...

Pay no attention to the arrest and incarceration of “dissidents” who were invited by guards to take a peaceful stroll through the Capitol building in D.C on Jan 6.

Belarus hijacked a plane flying over Belarus with a Belarus opposition leader.

So much wrong with that sentence.

The target was an activist/journalist disliked by the government, not an opposition leader. The plane wasn’t hijacked, but it was made to redirect and land.

Remember when the US colluded with European countries to do ostensibly the same thing to a plane suspected of having Edward Snowden on board? It was the Bolivian presidential plane. Not an activist, not an opposition leader, but an actual president. No Snowden on board.

International terrorism, as you say. What should we rename the US and European regimes that took part in that one?

The plane wasn’t hijacked, but it was made to redirect and land.

Is that the new Kremlin word for hijacking? “Made to redirect, and land?”

There’s a lot of planes that were “made to redirect, and land”. Maybe we should rewrite history.

The following is a list of notable aircraft hijackings.

Hijacking is something that happens from the inside, being escorted isn’t being hijacked. Neither is colluding to prevent escape and force landing by imposing restrictions on airspace.

We could call what the axis of equity did to the Bolivian president’s plane a bona fide hijacking if you like though, I personally wouldn’t.

Maybe Peter would like to comment on the number of “dissidents” cancelled on social media esp in the US in recent times. Yay Zuckerberg! Boo Assange!

Shouldn’t be too difficult esp as CIA can furnish appwopwiate evidence of any digital transactions and thank heavens there’s no supremacists at the top! 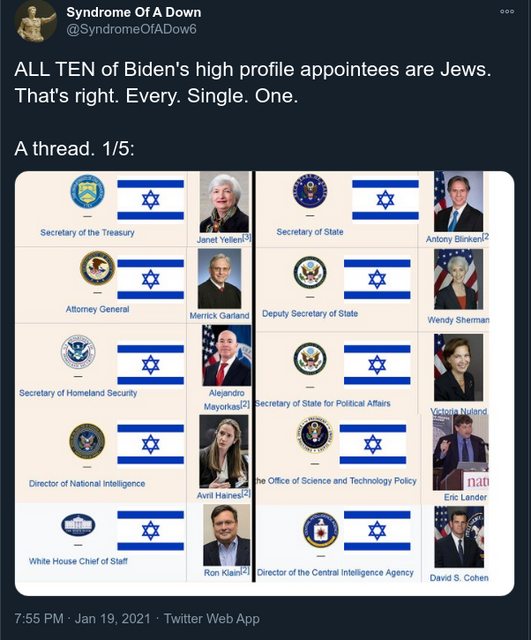 Hijacking is something that happens from the inside, being escorted isn’t being hijacked.

While you’re pumping gas, three guys approach you with sawed off shotguns, and force you out of your car, and race off with it.

I wonder why so many Westerners now consider China and Russia their best hope, weird, right?

I thought of Snowden straight away…

Putin nodded in sympathy, pointing to a 2013 incident in which a private plane carrying Bolivian President Evo Morales landed in Vienna after several European nations had refused to let it cross their airspace, purportedly over speculation that Edward Snowden, who leaked classified U.S. government information, was on the plane. Austrian and Bolivian officials disagreed over whether the plane was searched after landing before resuming its journey.

“The Bolivian president’s plane was forced to land, the president was taken off the plane, and it was OK, everyone kept silent,” Putin said with a chuckle.

Snowden, the former National Security Agency contractor who disclosed classified information about government surveillance programs, ended up in Russia, where he received asylum to avoid prosecution.

The plane wasn’t taken over and stolen so it’s not a hijack.

To answer the question though, if three guys managed to approach me while I was pumping gas then they would deserve the car. Oh, “pumping gas” means something different over there.

1. to take control of an aircraft or other vehicle during a journey, especially…

to take control of an aircraft or other vehicle during a journey, especially using violence:

to steal by stopping a vehicle on the highway; to commandeer (a flying airplane) especially by coercing the pilot at gunpoint; to stop and steal from (a vehicle in transit)… See the full definition

A band of robbers hijacked the load of furs from the truck.

Was President Morales flight hijacked by the western countries refusing to let it leave Austrian airspace?

No, they don’t. That’s what the Kremlin tells you to think.

I suppose that depends on whether the Austrians knew that the flight would be denied permission to enter the airspace of the other countries involved and let it enter their airspace in order to force it to land there. That might meet the definition.

I think that pointing a gun at a car, or a mig 29 at an airliner kinda meets that criteria.

What was the mig 29 there for? To make sure they didn’t get lost?

Should we call it a stitch up?

Stitch up definition: To stitch someone up means to trick them so that they are put in a difficult or... | Meaning, pronunciation, translations and examples

Humans/fugitives are not “stolen” when they are arrested and the pilots retained control of the plane. Do the police “hijack” a car when they pull up next to it on the motorway and point the driver to the hard shoulder?

They do if they have no legal authority to do so. It would be hijacking if you or I did it, and the only difference with the police is their legal authority, which only goes so far as the legality of their actions. If the cops pull over a bus and take control of it for the purpose of kidnapping someone, I would say that they did indeed hijack the bus. I don’t think that the purpose being to take someone rather than something is what makes the difference.

Belarus and the Hijacking of Ryanair Flight FR4978: A Preliminary...

From the perspective of international law, it is difficult to overstate the seriousness of Belarus’ actions.

News broke on Sunday about a mid-air diversion of a plane flying over eastern Europe, followed by an emergency landing. This itself would be mildly significant, but when the facts as reported are known, the story attains wider and more dramatic importance about several issues: the freedom of political protest, authoritarian rule in isolationist parts of the world and the rule of law in international affairs.

According to media reports, on the afternoon of May 24, 2021, Ryanair Flight FR4978 was on route from Athens, Greece to Vilnius, Lithuania. The aircraft—bearing tail number SP-RSW—was registered in Poland. One of its passengers was Roman Protasevich—a Belarusian journalist and dissident who played a key role in protests against Alexander Lukashenko’s regime in the wake of the contested 2020 presidential elections. Sofia Sapega, a Russian law student and his partner, was travelling with him.

Two officers of the Belarusian secret police, the KGB, were also onboard. Once the plane was in Belarusian airspace, those officers told the pilot of Flight FR4978 that there was an explosive device on board, and that an immediate emergency landing was required. At this point, a Belarusian Air Force MiG-29 appeared alongside and “escorted” the aircraft—not to the nearest airport in Vilnius, but to Minsk, Belarus. On landing, Protasevich and Sapega were detained. Six hours later, Flight FR4978 was allowed to resume transit to Vilnius—minus six passengers on its original manifest, including Protasevich and Sapega. Certain reports have offered harrowing accounts of Protasevich’s reaction. Told the aircraft had been diverted: he shook and held his head in his hands. While being led away in Minsk, he was reported to have said, “I’ll get the death penalty here.”

There was, of course, no explosive device on board Flight FR4978. The claim that there was appears to have been a ruse by Belarus to force the aircraft to land in Minsk so that Protasevich and Sapega could be arrested. For its part, Belarus has admitted there was no bomb—but rather than own up to its actions, it has concocted a narrative whereby Hamas made the threat in order to secure a ceasefire with Israel in Gaza. Given that the actual ceasefire was obtained on May 21—three days before Flight FR4978 took off—this story seems, to put it mildly, wildly implausible.

From the perspective of international law, it is difficult to overstate the seriousness of Belarus’ actions. While international law as a whole is often criticized as vague, unenforceable and prone to manipulation or convenient reinterpretation by powerful actors, not all of it operates that way. Some regimes of international law, by the agreement of states, are quite straightforward. They have clearly defined obligations to defend interests essential to the functioning of international society on a day-to-day basis, combined with appropriate routes for adjudication. One such regime is the network of treaties governing international civil aviation—most notably the 1944 Chicago Convention on International Civil Aviation and the 1971 Montreal Convention for the Suppression of Unlawful Acts Against the Safety of Civil Aviation, both of which Belarus is a party to.

In examining those treaties, one can immediately see the outline of a powerful case as to why Belarus’ actions violate international law. Article 1(1)(e) of the Montreal Convention creates an international crime where a person unlawfully and intentionally “communicates information which he knows to be false, thereby endangering the safety of an aircraft in flight.” Secondly, per Article 10 of the Montreal Convention, a state must “in accordance with international and national law, endeavour to take all practicable measures for the purpose of preventing the offenses mentioned in Article 1.”

It follows that, in contriving an emergency landing of Flight FR4978 off the back of a fake bomb threat, Belarus committed an outrageous breach of the Montreal Convention.

No, you can’t fake a bomb threat to force and airline to land so that you can get your hands on someone.

But it’s okay to fake a rape accusation against a political adversary resulting in a 175 year jail term for them, right?